The finale of Netflix’s The Midnight Club featured several major reveals and a whole lot of spooky moments. The series, which was co-created by The Haunting of Hill House’s Mike Flanagan, follows a group of young adults who decide to move to a hospice following their terminal cancer diagnoses. Every night, they meet in the library to tell each other stories, many of which feature ghosts and ghouls. It quickly transpires that Brightcliffe Hospice holds many secrets, and possible healing properties. Unfortunately for fans, the final episode of The Midnight Club’s first season left us on a huge cliffhanger.

Here’s what you need to know about The Midnight Club‘s twisty season 1 finale.

The truth about Julia Jayne is revealed… probably.

The mysterious woman that Ilonka has been spending time with in the woods is, in fact, Julia Jayne. We find out that when Julia disappeared from the hospice in ’68, she didn’t magically get cured in the woods outside of Brightcliffe, but instead went to visit Regina Ballard. As we already know, Regina lived at Brightcliffe with her daughter, Athena, in the ’30s, decades before it was turned into a hospice by Dr. Stanton. It’s Athena’s journal that Ilonka discovers and refers to as the Paragon Diaries.

To start, the Paragon was a group of likeminded people with an interest in alternative medicine. However, Regina soon developed a dangerous obsession with the Greek Gods and the possibility of achieving immortality. The Paragon believed that by worshipping the Five Sisters, or the five daughters of the Greek God of medicine, Asclepius, they could cure illnesses and live forever. The hourglass symbol that represents the cult hints at their ability to literally stop time. 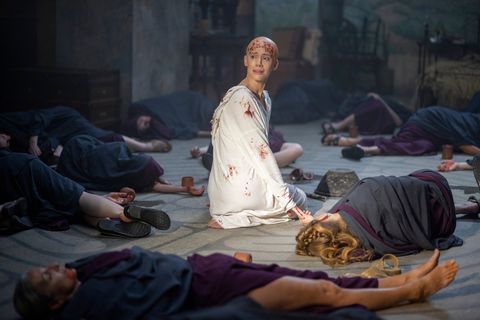 In the finale’s flashback, Regina tells Julia that she can teach her everything she knows, and suggests that it’s possible to cure her cancer. Now, in the ’90s, Julia is sick once again, and it appears as though she has conned Ilonka to gain access to the hospice’s basement. Once there, she tries to carry out a dangerous ritual that results in several women being poisoned. While Dr. Stanton maintains that Julia is dangerous, in the light of some of the other revelations in the finale, it would seem that the truth is much more complicated.

Anya’s old friend Rhett comes to the hospice. While giving Anya’s belongings to Rhett, Ilonka realizes that Anya’s ballerina statue, which was previously missing one of its legs, has miraculously been fixed. The group takes this as a sign that Anya is communicating with them from beyond the grave, as promised. This gives them all hope that death isn’t the end, and that The Midnight Club will continue even in the afterlife.

After breaking up with his girlfriend and finishing Dusty’s story at The Midnight Club, Kevin finally tells Ilonka how he feels about her, and they kiss. Presumably, we’ll see their complicated romance develop more if the show is renewed for a second season. 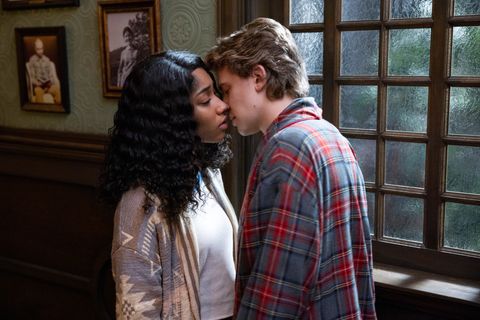 Dr. Stanton has a secret identity.

Probably the finale’s biggest reveal involves Dr. Georgia Stanton, played by the wonderful Heather Langenkamp, known for her role as Nancy in the Nightmare on Elm Street series. Throughout The Midnight Club, Dr. Stanton has been the self-proclaimed “good guy,” warding off evil threats from strangers in the woods and protecting the teenagers from the creepy Paragon cult.

However, the episode’s final scene shows Dr. Stanton in her bedroom, during a strange time warp transporting viewers back to the ‘30s. Old newspaper clippings hint at Stanton’s secret history and her involvement in the cult she’s allegedly been protecting her wards from. We also find out that she has a Paragon tattoo on the back of her neck, which we see for the first time when she removes her wig (which we didn’t know she was wearing). 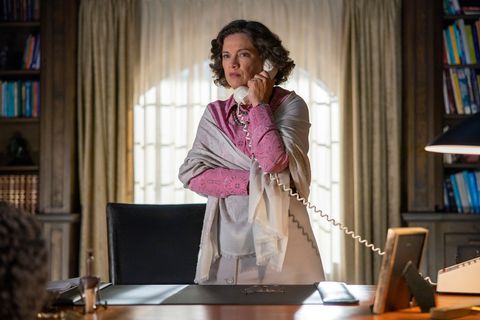 While we’re given very little information about Dr. Stanton’s actual identity, we are left with some pretty pertinent questions. For instance, is Stanton actually a member of the cult she’s continually told Ilonka to avoid? And is the doctor much older than we previously thought? After all, if she was alive in the ’30s, and a member of the original Paragon cult, Dr. Stanton would be much older than she seems to be in the ’90s. However, the cliffhanger doesn’t offer any definitive answers.

Some fan theories have already suggested that Stanton could be Regina Ballard’s daughter Athena, or that she might even be Athena’s daughter. This would explain why she bought Brightcliffe, and is intent on protecting the hospice patients from its dark secrets. As for when fans will find out whether their theories might be right, co-creator Flanagan said at a press conference in October 2022, “Those answers exist, but were meant to be for the next season. If there isn’t one, I’ll put them up on Twitter, and then at least we’ll all be able to talk about it.” Looks like we’re just going to have to be really patient.

Amy Mackelden is a freelance writer, editor, and disability activist. Her bylines include Harper’s BAZAAR, Nicki Swift, Cosmopolitan, Marie Claire, ELLE, The Independent, Bustle, Healthline, and HelloGiggles. She co-edited The Emma Press Anthology of Illness, and previously spent all of her money on Kylie Cosmetics.

Who Is Adam Shulman? – Meet Anne Hathaway’s Husband and Father of Her Two Kids